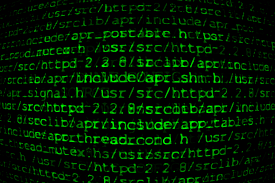 For the second time in less than a week, users of the popular end-to-end encrypted Signal messaging app have to update their desktop applications once again to patch another severe code injection vulnerability.

Discovered yesterday by the same team of security researchers, the newly discovered vulnerability poses the same threat as the previous one, allowing remote attackers to inject malicious code on the recipients’ Signal desktop app just by sending them a message—without requiring any user interaction.

To understand more about the first code injection vulnerability (CVE-2018-10994), you can read our previous article covering how researchers find the Signal flaw and how it works.

In other words, to exploit the newly patched bug on vulnerable versions of Signal desktop app, all an attacker needs to do is send a malicious HTML/javascript code as a message to the victim, and then quote/reply to that same message with any random text.

If the victim receives this quoted message containing the malicious payload on its vulnerable Signal desktop app, it will automatically execute the payload, without requiring any user interaction.

In their blog post, the researchers also indicated that an attacker could even include files from a remote SMB share using an HTML iFrame, which can be abused to steal NTLMv2 hashed password for Windows users.

“In the Windows operative system, the CSP fails to prevent remote inclusion of resources via the SMB protocol. In this case, remote execution of JavaScript can be achieved by referencing the script in an SMB share as the source of an iframe tag, for example: <iframe src=\\DESKTOP-XXXXX\Temp\test.html> and then replying to it,” the researchers explain.

Though they haven’t claimed anything about this form of attack, I speculate that if an attacker can exploit code injection to force Windows OS to initiate an automatic authentication with the attacker-controlled SMB server using single sign-on, it would eventually hand over victim’s username, and NTLMv2 hashed password to the attackers, potentially allowing them to gain access to the victim’s system.

We have seen how the same attack technique was recently exploited using a vulnerability in Microsoft Outlook, disclosed last month.

I can not verify this claim at this moment, but we are in contact with few security researchers to confirm this.

Researchers—Iván Ariel Barrera Oro, Alfredo Ortega, Juliano Rizzo, and Matt Bryant—responsibly reported the vulnerability to Signal, and its developers have patched the vulnerability with the release of Signal desktop version 1.11.0 for Windows, macOS, and Linux users.

Signal users should immediately update their desktop application as soon as possible since now the vulnerability poses a severe risk of getting your secret conversations exposed in plaintext to attackers and further severe consequences.